The rural heart beats across the ManawatÅ« District and its pulse is found in Feilding town.

Since the earliest times, local MÄori lived off the land, developed communal vegetable plots, fished the waterways and harvested vegetation from the dense forest floors around Kawakawa.

The new settlers were to carry on that tradition of cultivating and harvesting crops and stock. They quickly developed a thriving commercial centre to service this rural industry.

By 1840 when New Zealand had become a British colony, three tribal groups - RangitÄne, NgÄti Raukawa and NgÄti Kauwhata - occupied the banks of the ManawatÅ« River and its tributaries. They retain their identity to this day, playing an active role in the social, political and economic development of our region.

In 1871 on 12 December our town’s namesake, Colonel William Feilding arrived in Wellington. As a director of the Emigrants and Colonists Aid Corporation Ltd, he came to purchase land for the British immigration scheme. By the end of month he had visited our area and bought 106,000 acres (43,000 hectares) for £75,000. This was the beginnings of the Manchester Block, the thin strip of bush covered land running between the RangitÄ«kei River and the Ruahine Ranges, now known as the ManawatÅ« District.

Colonel Feilding returned in 1875 and witnessed the hard progress they'd made. Promoted to General, he returned for the last time in 1895, to find a thriving settlement.

The British aristocrats and royal influences of those Edwardian times remains with us today. Their tapestry has woven a rich heritage in Feilding, evident in our buildings, street names, and the names of our districts settlements.

Today, our legacy of farming continues. We are an international agri-hub for growing and producing on the land to supply the food basket of the nation and the world.

The commercial hub for all of this activity was and remains in our towns centre almost 140 years on. The Feilding Saleyards is among the biggest in the world and is the lifeblood of our district.

Visit The Coach House Museum to learn more about our journey from pioneering to prosperity. 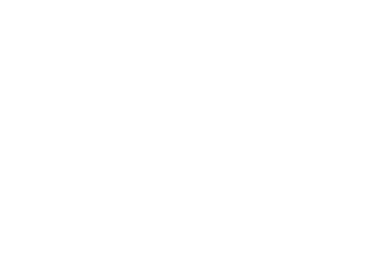 Discover friendly Feilding and ManawatÅ« District NZ; a great place to stop, shop and eat while you play and explore our spectacular landscape from the mountains to the sea.

Community spirit is alive and well in friendly Feilding’s events. Our events help us to celebrate, encourage cultural and community interaction, enrich lives, and build memories.

Discover friendly Feilding and ManawatÅ« District NZ; a great place to stop, shop and eat while you play and explore our spectacular landscape from the mountains to the sea.


If you need any more information about an event or have a question please feel free to contact us from the details below.